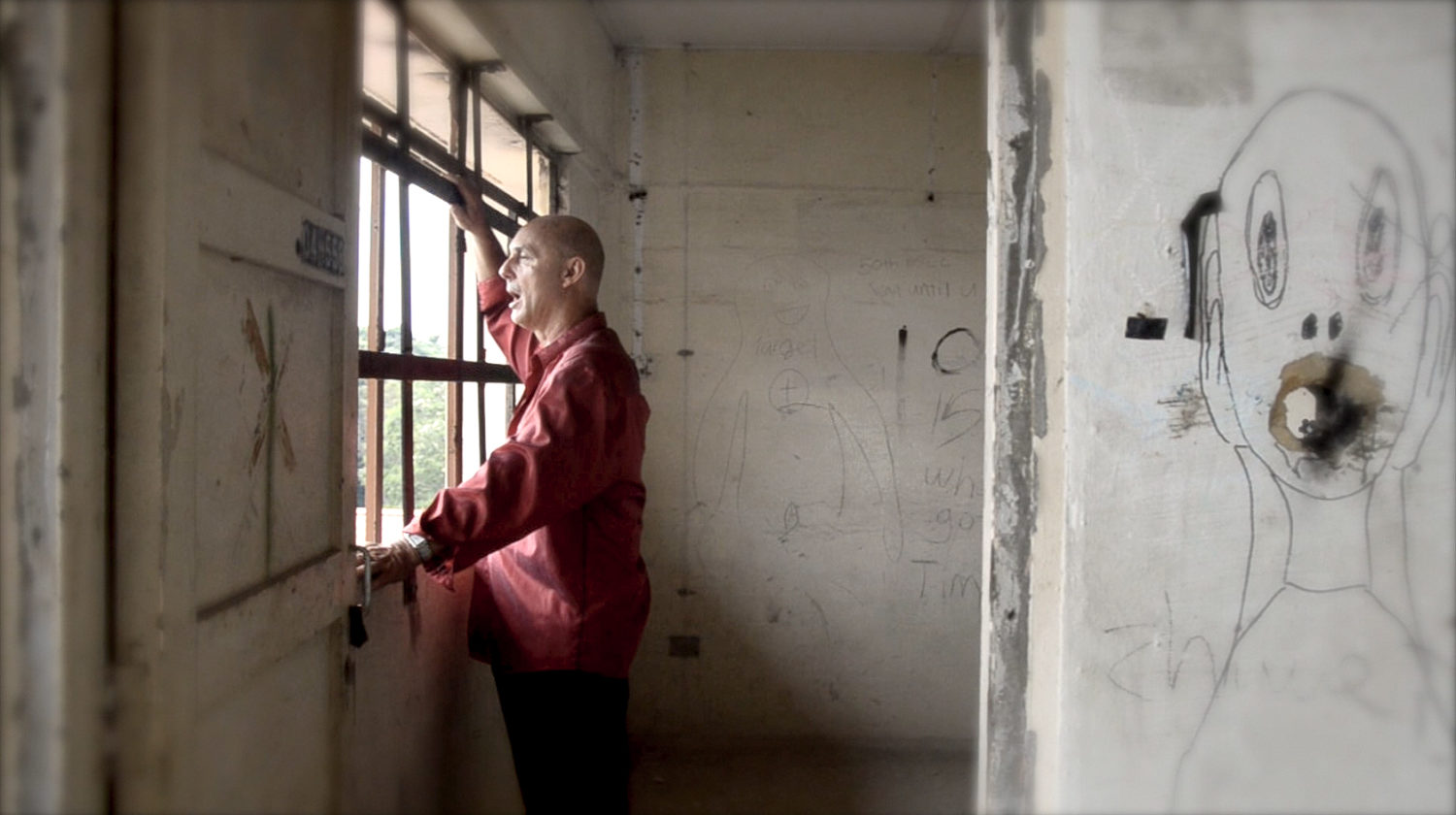 Love Hurts: Tales from the Heartland

Love Hurts: Tales from the Heartland

A solo exhibition by Gilles Massot

Love Hurts is a solo exhibition by Gilles Massot that looks at cross-cultural identities in a globalised world. Using pop culture references such as karaoke videos and TV soap operas, Massot blurs genres and identities in an exploration of the relationship between song, text and visuals. Both hilarious and jarring, viewers are forced to re-think some of the commonly accepted tropes in mass media and the assumptions behind them.

The highlight of the exhibition is a collaboration with Urich Lau on a karaoke video from which the exhibition takes its name, starring fellow artists Ian Woo on the bass, Jeremy Sharma on guitar and Arif Ayab on the drums, together with Massot on vocals, performing Wa Meng Ti (我问天), the title track of a popular Taiwanese soap opera. Set up like a karaoke station, visitors to the gallery are welcomed to sing along with Massot.

Gilles Massot (b. 1955, Aix en Provence, France) studied architecture and photography in Marseille, France, and has been living and working in Singapore since 1981. Through the 1980s, he was involved in a string of seminal arts events in his adopted homeland, including the first editions of the Festival of Arts Fringe and the 1987 Ying Yang Festival. The 1990s saw him travel extensively across Asia, a way of living that resulted in many exhibitions on Asian cultures and cities, as well as an extensive photojournalistic work published in Asia and France.

With the new century, his focus shifted onto academia and research, first with the book “Bintan, phoenix of the Malay Archipelago” published in 2003, followed by an MA-FA completed in 2006, “Valbelle, Myth or Fiction”, tracing the birth of the photographic concept and the ensuing “society of images” in the 18th century. This venture into the fields of history and ethnology had a profound influence on his artistic work, which has since then often dealt with these disciplines while focusing on the photographic medium.This approach eventually led to the merging of his academic and artistic practices in the form of lectures-performances conducted under the alias “Professor Ma”. Based on the idea of “the space between things”, his work aims to establish links between disciplines, people, occurrences and parts of the world. Most representative of this approach was the exhibition Retro Specks Future Pixs, a multimedia installation about the now vanished train track between Singapore and Johor Bahru, presented in Sculpture Square in 2005, and the book by the same title, published in 2007.

In 2007, he was commissioned to create a public artwork at the Buona Vista Station, Circle Line, as part of LTA’s Integrated Art Programme. His work is part of the collection of the Singapore Art Museum and the Maison Européenne de la Photographie in Paris. He currently teaches at the LASALLE College of the Arts, Singapore, and is also a lecturer in photo history at the Nanyang Technological University and a member of the artist collective, The Artists Village.