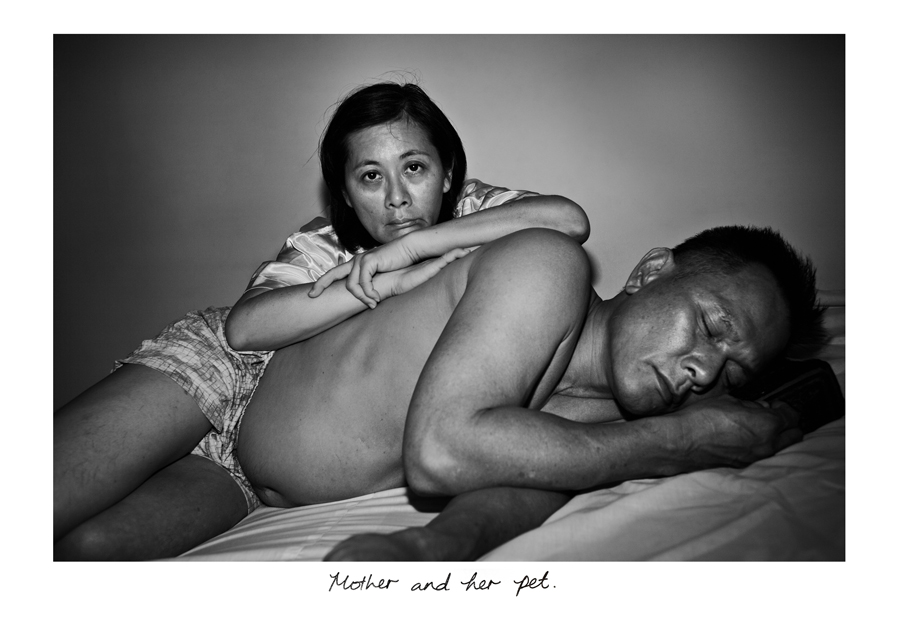 Using his own family members as subjects, artist Sean Lee explores photography’s capacity as a healing device and comedic tool in his second solo exhibition at Objectifs. Intimate and at times almost voyeuristic, Homework is a revelation of the ties that bind a family together.

“I do different things with my family members in this work. “Sometimes, I use them to say something about my thoughts on faith, desires and fears. Other times, I just want to make them touch each other, which is something that is very new to us. We never touch. And then there are times when I make them do completely weird and crazy things so that we can all laugh together. That to me is one of the most magical things, making comedy with the camera.” – Sean Lee

Sean Lee first came to public attention when he won the Special Jury Prize in the Angkor Photo Festival in 2007. In 2009, he was one of 15 photographers to be nominated for the prestigious Prix Découverte in the Arles Photo Festival in France, where he also had a group show. He was also nominated for the Paul Huf award, given out by the Foam Fotografiemuseum in Amsterdam, and won the Portfolio Prize at the Singapore International Photography Festival in 2010. HOMEWORK was most recently exhibited at Le Petit Endroit in Paris and will be traveling to Galeria TagaMago in Barcelona in July.