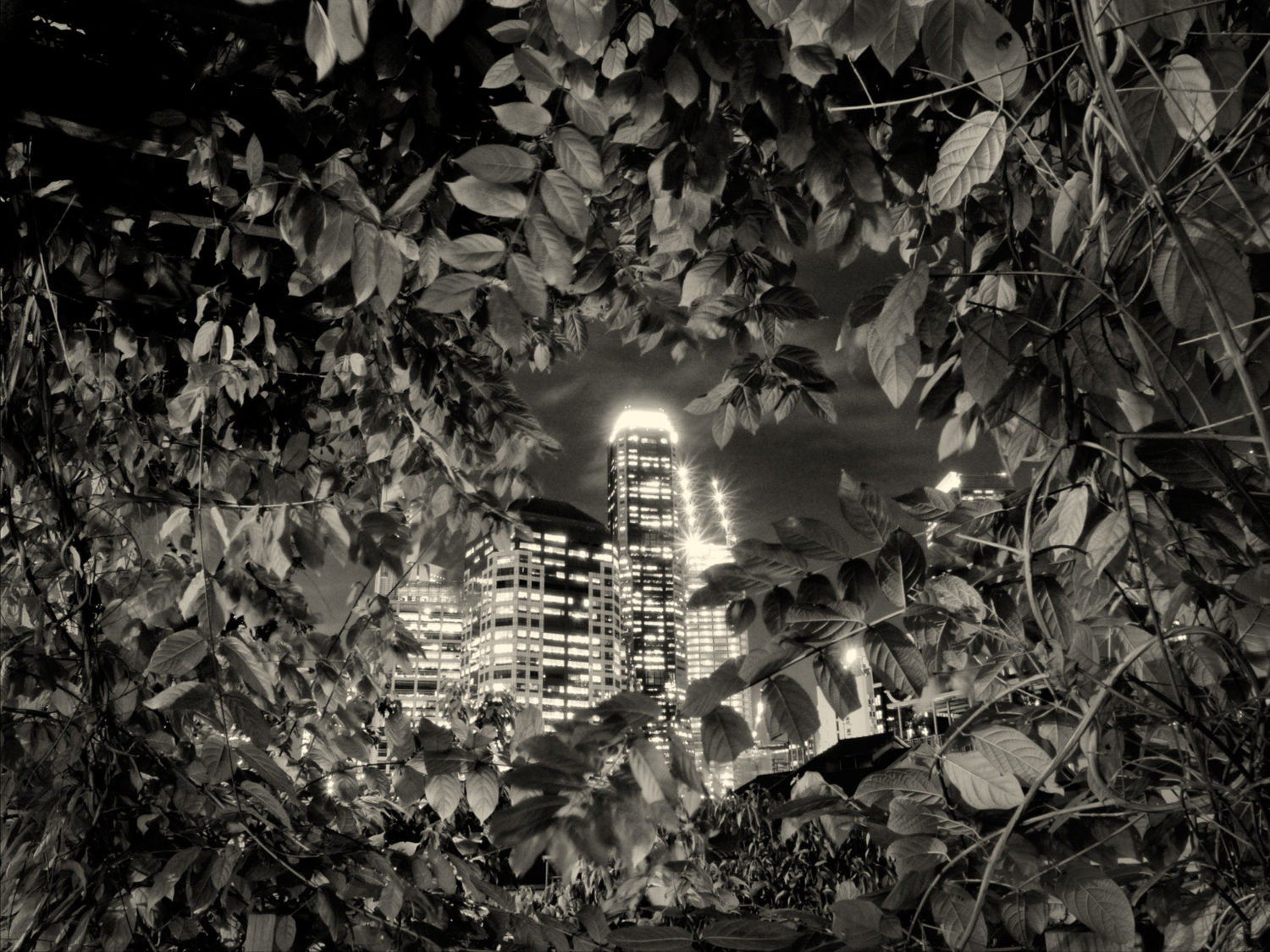 A solo exhibition by Deanna Ng

“Growing up in the 70’s, I remember Singapore was touted ‘The Garden City’ for the greenery that lined up on our roads and city. Singapore has a land area of 704 km2. 50% of the space is covered by greenery. At the same time, there is endless construction going on – the constant building of new train stations to ease traffic congestion; new condominiums and flats sprouting at every corner to house our increasing population.

The Singapore I know is not perfect but it’s my home. I want to photograph what I see and feel. The CBD, seemingly peaceful after a bustling day of business; a welcome sign on top of a building, inviting its viewers to explore our island; fake palm trees among real trees in my town centre; the tree in my neighbourhood that looks like a Xmas tree if I just squint my eyes. This is my version of our Garden City.”

Deanna Ng is an independent documentary photographer and educator. She has participated in several group shows, including the Month of Photography Tokyo, and in a solo show at the Institute of Contemporary Arts Singapore. She was also one of the shortlisted artists for the prestigious Icon de Martell Cordon Bleu Photographer of the Year Award in 2010, and one of the selected photographers for Nikon’s Through Asian Eyes project.

She has two upcoming group shows in 2012 – Our People, Our Stories at the Esplanade Jendela Gallery in July and 10 Years of Shooting Home at the National Museum of Singapore in October. Deanna is a mentor for the National Arts Council’s Noise Apprenticeship programme and a judge for the Noise Photo Competition. Her work includes Life Before Death, commissioned by the Lien Foundation, and Women in Micro-financing (Indonesia), commissioned by Gesellschaft für Technische Zusammenarbeit (GTZ), which was published as a book.