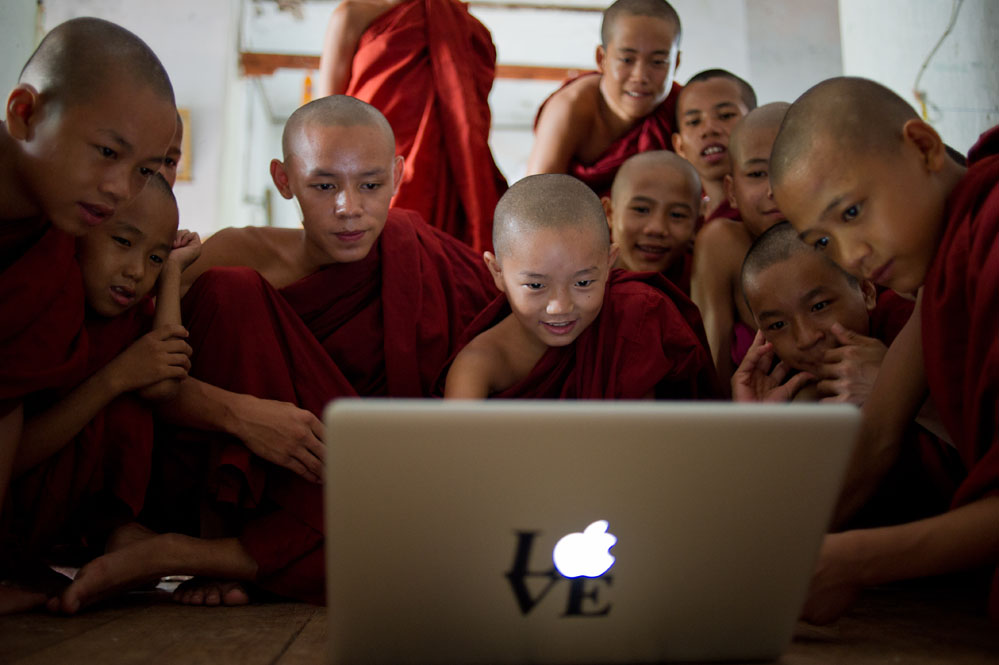 Jean Loo’s fascination with Ashin Thuriya, a young novice monk, began during a chance encounter in 2009 in a quiet neighbourhood in Mandalay. Watching from afar as they walked barefoot on the streets collecting alms, she approached them and followed them back to their home, the Sulamuni Brick Monastery. Born from this encounter, Dear Thuriya is a long-term documentary project sustained through observation and photography.

Read our Objectifs Chat with Jean Qingwen Loo about her exhibition.

Jean Qingwen Loo derives her energy from creating purposeful work, powered by an artistic vision rooted in advocating values that shape the world. It is on this basis that she founded Logue in 2008. Her journalistic experience on the field is the bedrock of Logue’s multifaceted ability in creative direction and production to communicate any story at hand. Jean works with organizations that share the same ideals as joint advocates for a social cause, as well as directly with participants through her art. It is in these collaborations that she has grown as a visual storyteller and person, which she hopes has in turn helped to give voice to communities that need one. Jean’s photography has been exhibited at venues like the Esplanade and National Museum and recognised at the International Photography Awards. She was also featured in Female and Asian Photography as an emerging talent and mentors youths through programmes like NOISE Singapore.