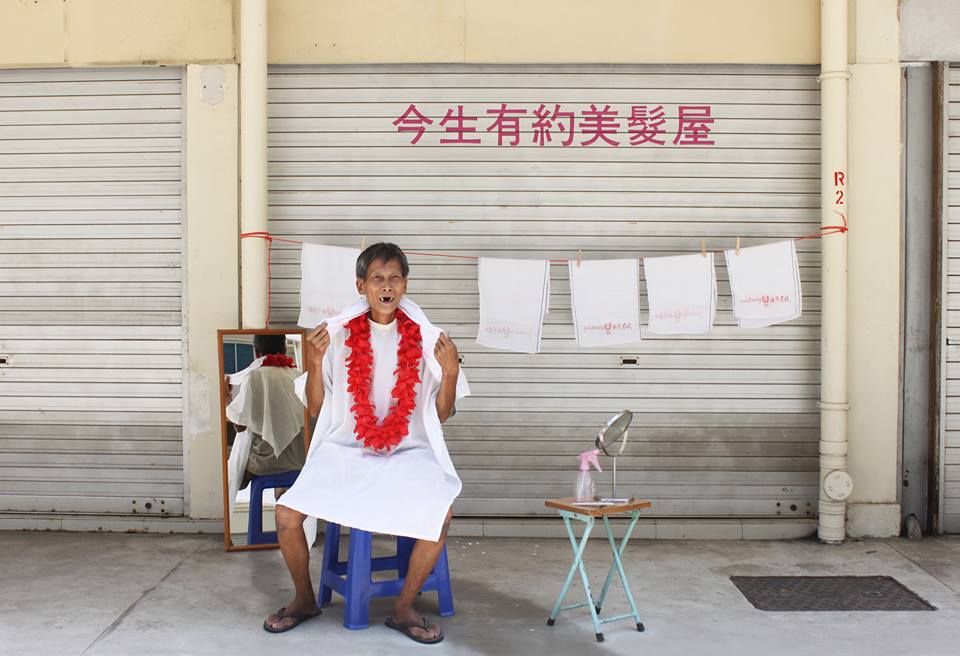 Chap Lau Chu: The Re-Opening of Commonwealth Drive (Tanglin Halt) is a project that playfully engages themes of popular memory and urban space.

In 2008, Chap Lau Chu – the 10-storey flats that were a reminder of a heady season of Singapore’s progress – became part of the Selective En-bloc Redevelopment Scheme. As of April 2014, all commercial businesses and residents have moved out. The resident karang guni man of Chap Lau, Mr Chua, is the central agent of our photographic and performance initiative. He is representative of a rich informal economy and community life along the former KTM railway line and the adjacent Chap Lau flats. He was also one of the persistent presences on the estate and insisted on staying until the end despite the impending closure of his living quarters then.

Mr Chua has significantly altered our romanticised and jaundiced presumptions about the tearing down of the en bloc flats. His resilience and humour inspired us and he quickly became a partner in the formulation of a satirical approach to an event that has been lamented as one more loss to modern Singapore urban heritage. He is now at the forefront of our project as he helps us to recycle and reinvent typical Singaporean assumptions and constructions.

Join us for a talk by the artists as they speak about their experiences in creating this project.